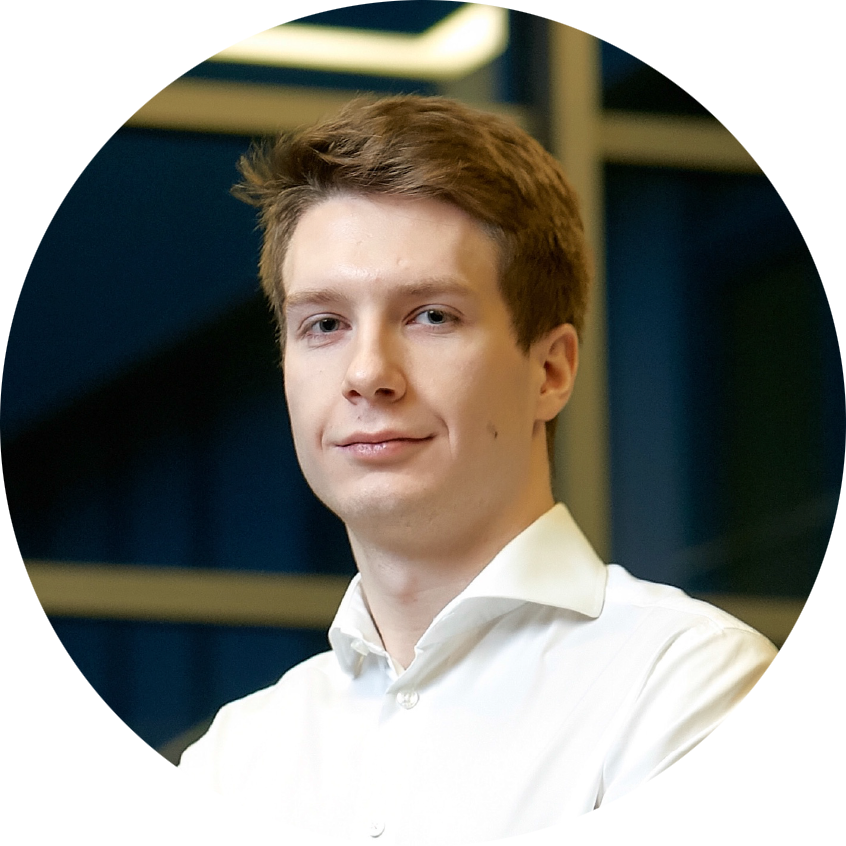 He is in the 6th year at the Faculty of Medicine of the Medical University of Lodz and in the 2nd year of the Computer Science at the University of Lodz. He has been working as a student researcher since the first year of studies - he was a co-founder and president of SKN Genetics and Molecular Medicine for many years. He has been participating in Individual Course of Study Program and has worked on numerous projects focused on using microRNA for early, non-invasive cancer diagnosis. As the leader of the student team, he became a laureate of the grant program "UMED Grants" (project "Evaluation of the effectiveness of bisindolylmaleimide9 and JNK-9L in overcoming the resistance of pancreatic and lung adenocarcinomas to treatment with KRAS protein inhibitor" implemented in the Department of Biostatistics and Translational Medicine). For his work, he was granted many awards, including Young Investigator Award (SAGE Assemby 2018, Seattle), Dean’s Scholarship for Best Students and Marshal’s Scholarship of Lodzkie Voivodeship for Best Students.

← Back to our team
Scroll to top